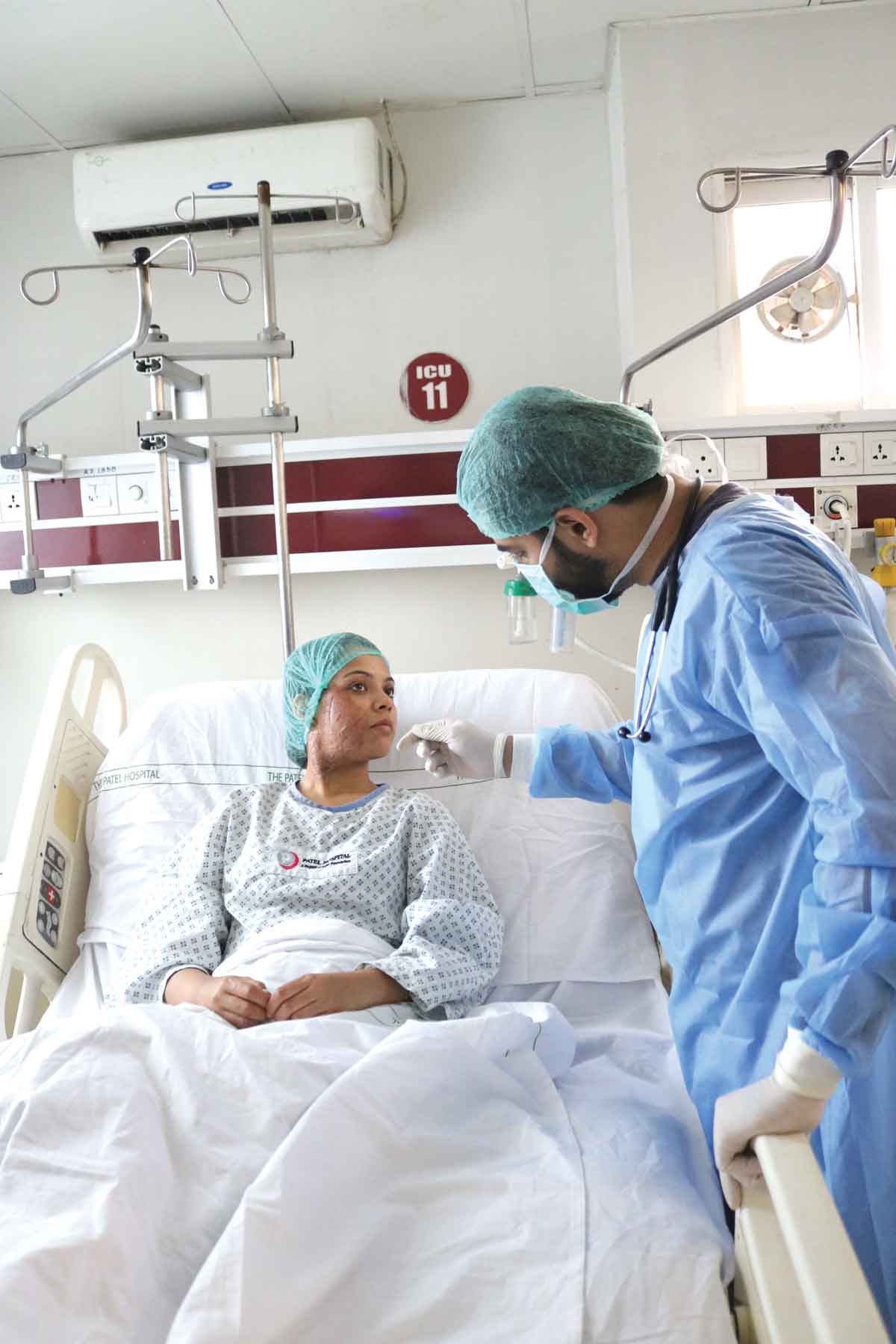 Home » A Glimmer of Hope

A Glimmer of Hope

Muskan was lighting a matchstick when she mistakenly dropped it on her clothes causing them to catch fire and burning her entire body. Her family immediately took her to a hospital in Jamshoro, where they were told that her condition is such that she would not survive for long.

After receiving this news, her family was devastated but they were not willing to give up hope. Her frightened family then brought her to Patel Hospital where she arrived in the Emergency Unit in a very critical condition and needed immediate admission to Burns ICU.

This incident took place when COVID-19 was at its peak and severe SOPs were in place. This meant admitting patients with a traveling history was risky and difficult. The staff members had to take extra precautions while attending Muskan.

Her wound was deeply infected and she was under life threatening sepsis. Her parents were also extremely worried so it was imperative that they be counseled and motivated so they could further support her during this intense journey. The first objective was to get her in a stable condition, which is why she was kept on fluids and antibiotics, and her dressing was changed regularly. Once her condition stabilized, she was taken for surgery.

Our Plastic Surgery team and ICU team worked collaboratively with the ID team to breathe a new life into Muskan.

After our staff’s rigorous efforts, Muskan was finally brought out of sepsis, and Skin Grafting for her deep wound was done by the Plastic Surgery team.

This process was very long and painful for Muskan and her family. Even our healthcare staff went through a tough time when dealing with such a fragile situation. Hence, they provided her extra care so that her recovery gets easier, and her family extra support so they can courageously deal with her situation.

Wounds heal over time but scars remain forever. Certain actions change lives in seconds and the struggle is consistent after that. Take care of your family and keep risky objects away from them.