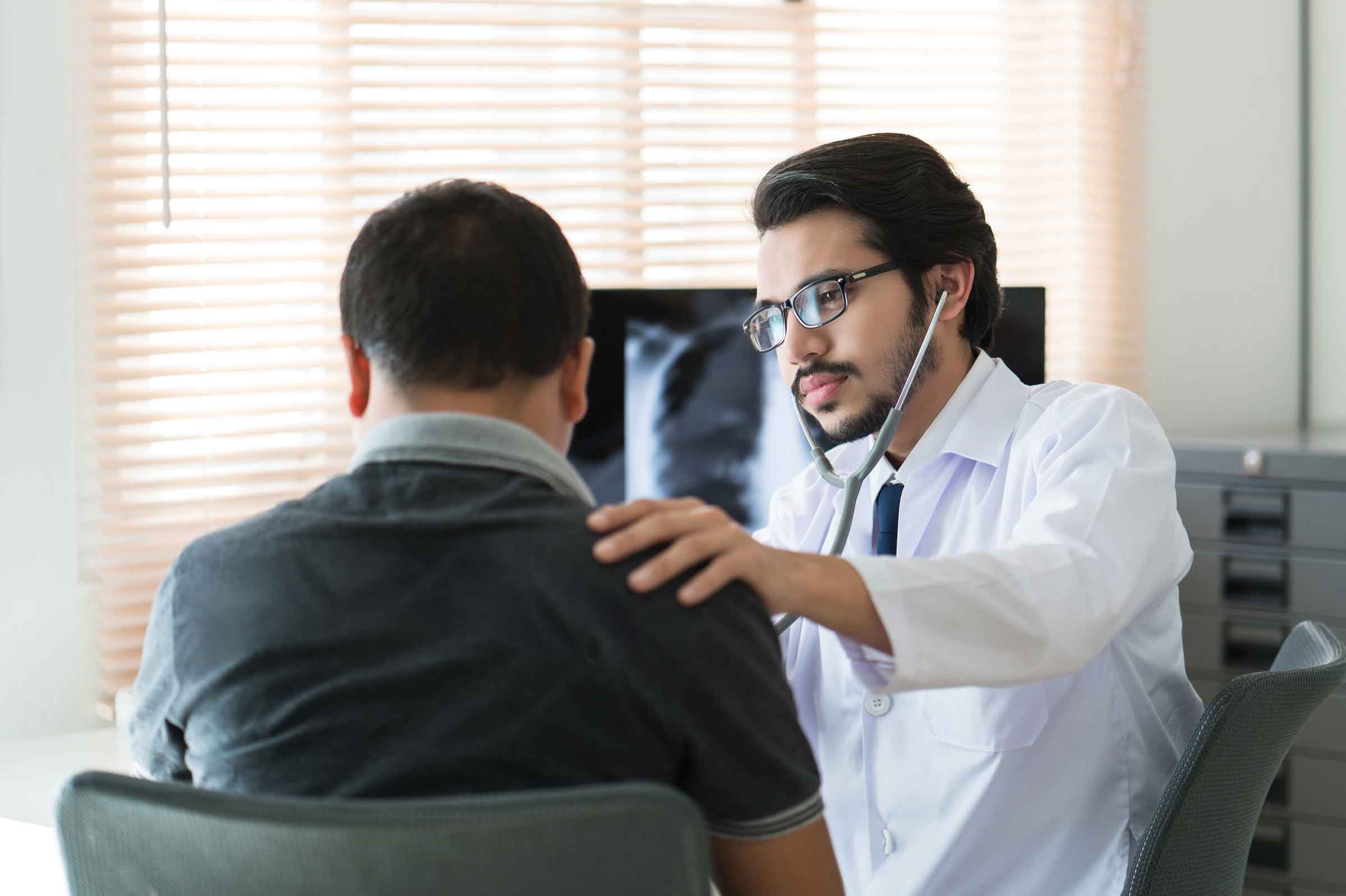 45 years old Mr. Akhtar Hussain was suffering from severe pneumonia and multi-organ failure in March 2019. He ended up being on a mechanical ventilator through a tracheostomy tube passing through his neck. After the untiring efforts of the ICU and medicine team, he recovered. But the root cause of this grave event in his life was still lurking i.e., morbid obesity.

His life was miserable with a weight of 165 kgs. He was unable to walk more than a few steps, suffered shortness of breath, and could not sleep well due to obstructive sleep apnea. This dreadful event was a major wake-up call for Mr. Akhtar and his family, after which they became determined over fighting his obesity. Though his weight reduced to 135 kgs over two months due to critical illness and lifestyle change, it became essential to reduce it further to an ideal body weight of 65 kgs and sustain it lifelong. In order to achieve that, D.O.S.T.I. (Diabetes & Obesity Surgical Treatment Initiative) team decided on a surgical intervention for him.

In May 2019, we performed a Laparoscopic Sleeve Gastrectomy on him, through which his stomach was trimmed down equivalent to the size of a large banana. His smooth recovery was attributed to the hard work of surgery, ICU, medicine, anesthesia, nursing and nutrition departments and, of course, the will power of the patient and his family.

Today, with his current weight of 95 kgs, Mr. Akhtar has a new appreciation for life. He effortlessly performs his daily life chores, manages his business well, walks regularly, and drives long routes without any fatigue.

In this story, the circumstances were shifted by D.O.S.T.I, a project consisting of a multidisciplinary team from several departments, dedicated to alleviating obesity in society. They offer awareness to the public by free campaigns, low cost one window consultations to avoid hassle, and quality surgical management at a very affordable cost.

With the world adopting unhealthy habits, our bodies are failing to cooperate with the struggle of fat deposits that reduce the functioning of our system. Think about what enters your body before your body gives up.